This page on stellareddy.com proves what a Hypocrite Kory Read is. Actually, all domains owned and managed by Kory Read prove what a hypocrite he is!

“Because of Stella Reddy’s self-admitted stalking behavior and her husband Russell Reddy’s stalking and enabling behavior. the interracial married couple / tenants and their children had to move out.”

This is such a lie and can be proven as a lie!

Kory Read and his family “had to move out” as they were EVICTED. They left before the sheriff could come and lock them out! But, of course, Kory Read has to make a dig and try to blame someone else. It is what he does with these domains and the content within them. http://canlii.ca/t/hpbxw

“Stella Reddy has openly admitted to stalking our family in legal documents.”

Yes, I have openly admitted to watching Kory Read through the camera system. Why not? He was going around the building talking about me to other tenants and I wanted evidence of it. I also wanted to see if Kory Read was doing anything he shouldn’t, as I did not trust him. Would you?

Would you trust anyone who had made and posted websites online about you like Kory Read did with 859kennedyroad.com?

This page actually shows that Kory Read stalked Stella Reddy and her family, not only online with the internet and social media where he snitched these pictures, but also within the building by recording others talking to my sister.

Maybe you should ask Kory Read how he came about to having the video below of my sisters friend? Why is Kory Read even putting himself in the position of being able to get this video if he wasn’t stalking me and my family within the building?

Kory Read and his many delusions! Trying so hard to prove others are “out to get him and his family” yet he shows so much content that proves the opposite!

All his content within these domains show Kory Read is actually doing the very action he complains others are doing to him!

This video shows how Stella Reddy who was not at the time the property manager shared the building surveillance system video with her sister Cindy Jones who also lived in the same building, just down the hall from her.

The building surveillance system video was only accessible to the building staff and the owners Luigi Liscio and his son Anthony Liscio.

In the video taken at the interracial married couple / tenants unit. You can see the guest puts the phone on speaker so all can hear it. On the phone is Cindy Jones who is going completely insane and is beside herself, while she is yelling at the top of her voice at her boyfriend.

Cindy Jones states ” MY SISTER JUST SENT ME A VIDEO “

Cindy Jones is freaking out because her boyfriend ( guest ) is speaking too and hang-out with an interracial married couple / tenants on the first floor ( lobby ) and in their apartment, which is one floor below her and her sisters floor.

Again this is Stella Reddy sharing with a tenant the STAFF ONLY building surveillance system video of other tenants living in the building.

Because of Stella Reddy’s self-admitted stalking behavior and her husband Russell Reddy’s stalking and enabling behavior. the interracial married couple / tenants and their children had to move out. 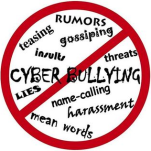